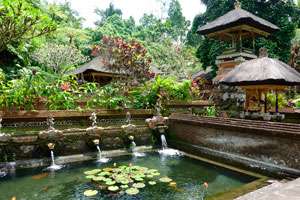 Pick up/Drop off area : Above prices are applicable for pick up and drop off at Nyuh Bojog st No 5, Nyuh Kuning-Ubud Bali

Places of interest will be visited during this tour :

Watch Barong  & Keris dance is an exciting dance drawing a giant lion played by two people and Barong it self is symbolizing of the good side. When the Barong dance is performed, it is always performed two side of the life influence ‘bad and good’. Rangda is symbolizing the bad which two of them are always apposite each other and Rangda it self is drawing as a woman with the hair raising face and she always want spread the bad influence to all people in the world, however Barong is always rescue the moment when Rangda do the bad thing. Barong Dance is accompanied by Gong Kebyar (the orchestra traditional Balinese instrument) which is played by a group of people. Entrance ticket IDR 100.000/person

Tegenungan Waterfall is one of the Biggest in Bali, located in the  Kemenuh village, Gianyar, Bali. Located 30 km from the city of Denpasar, tourist will be pampered with a beautiful panorama.The situation is still beautiful natural surroundings,never stood Bungge Jumping, which is where the attraction for tourists who liked to jump from a height of approximately 50 meters, but the tourist attraction that it is now no longer in operation now live panoramic waterfall becomes special attraction for domestic and foreign tourists. Entrance ticket IDR 5.000/person

Kemenuh village hosts a large number of woodcarvers among its population, the main reason for the presence of so many wooden placards with “wood carving” or “wood carver” carved onto them along the village’s main street. A young boy paints the wooden statues with dark base color. Most of the woodcarvers there specialize in crafting animal figurines, from the highly popular gecko to the formerly popular ducks and the soon-to-be popular angelic felines with benign faces and extra large wings. produce very good quality of woodcarving, made from very hard wood such as teak, mahogany, ebony and hibiscus wood, those of wood import from another island Java, Sumatra and Sulawesi. No Entrance ticket.

Gunung Kawi is a Hindu Temple complex with old omission from the stone era located in Gianyar regency. Based on the inscription of Tengkulak A on 945 saka (Balinese calendar) which is released by Marakata King, the ancient omission complex is located at the Pekerisan River then it is called Katyangan Amarawati. Pekerisan River is also named by Jalu which is according to the inscription chiseled on the above of the biggest temple door sound ‘Haji Lumahing Jalu’. Gunung Kawi is an 11th-century temple complex in Tampaksiring north east of Ubud in Bali,It is located on the river Pakrisan. Entrance ticket IDR 15.000/person

Holy Spring water Temple The Legend of the Temple, The sacred spring was created by the god Indra. His forces had been poisoned by Mayadanawa, so he pierced the earth to create a fountain of immortality to revive them. An inscription dates the founding of a temple at the site to 926 AD. Ever since for more than a thousand years. The Balinese have come to bathe in the sacred waters for healing and spiritual merit. Entrance ticket IDR 15.000/person

Goa Gajah is named after Sungai Petanu (Elephant River) and dates back to the 11th Century. Originally the temple was a dwelling for Hindu priests. The main highlights of this temple are the short cave with the massive carved face entrance and the holy pools. Visitors will go into the cave, spending several minutes in the darkness checking out the Shiva lingum at the end, before exiting to take holy water. Entrance ticket IDR 15.000/person 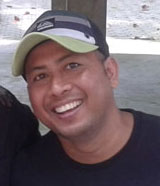